When Should I Buy Personalized Koozies?

The million dollar question huh?  You know, people often assume Koozies are to keep the beer cold – well folks I have news for you – Koozies also help keep your hand warm.  Lets say you are sitting around a BBQ on a cold fall day – You have your gloves off so you can cook, add charcoal, or whatever – and you reach to pick up you beer – yep – not good – warm hand on a cold beer in the middle of a dark fall night – No fun… So the answer to the age old question is a simple one.  Beer Koozies, are for every day, every climate, every hour.

Trust me – having a handy beer koozie is a nice thing to have whenever, wherever, whatever the beer might bring. 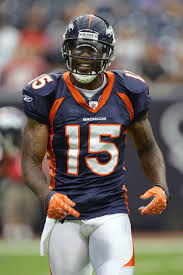 Brandon Marshall Screaming for a Koozie

Where can I Buy Personalized Koozies

Many people like the most common option, which is screen printed. Screen printed koozies are generally printed in one color (although, it is possible to print them in multi-colors as well) and are usually personalized with an image and or text and or both.

Koozies rock – bottom line!  However, when you personalize your koozie, you add a twist that everyone will love.  In today’s world with 7 billion people – having a personalized item gives you a nice touch! 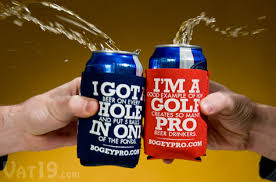 The beer Koozie is an insulated fabric sleeve that wraps around cans and bottles to keep beer and other beverages cold. When empty it is easily collapsible so it takes up little room when stored. It is unclear who the original inventor is, but a series of U.S. patents trace its history all the way back to 1921 and an invention called a “cozy” for insulating portable gas generators.

1. In 2007, Kyle Brandon Jones of Glen Rose, Texas, was granted a U.S. patent for the Krazy Koozie. In his patent application, he describes the Krazy Koozie as a device that is similar to a wide variety of other products on the market. Like those other products, the Krazy Koozie wraps around beverage containers and protects the hands from hot drinks and insulates cold beverages. but Jones’ Koozie also expands and contracts to hold a variety of different sizes and shapes of beverage containers. Jones’ patent application is a useful guide to the history of Koozies because it contains references to related patents that date back to 1921.

2. David and Russell Duncan patented the earliest known Koozie in 1921 for a “cozy for portable gas generators.” The United States granted another related patent in 1929 for a linoleum jacket to William Waggoner.

3. The first owner of a patent on a beer Koozie was Bonnie McGough of Caldwell, Idaho. She received her patent in October 1981 for a device she called the “insulated beverage cozy.” This insulated cozy was made for use with 12-oz. cans. The cozy had inner and outer fabric walls with a chamber in between for insulating material and an elastic band at the top for holding the beverage snugly inside the cozy.

4. In 1987, Scott Henderson of Plano, Texas, received a patent for a product he described as a fold-up insulated beverage container holder with a stabilizing support base. This Koozie offered a specially designed base that could collapse with the rest of the Koozie, but which also added stability so that when someone put their Koozie-covered drink down on a flat surface it wouldn’t wobble or fall over.

5. There are so many different Koozies on the market today, it’s hard to say who invented what. There is not even any agreement on how to spell the Koozie. It has been referred to as a Koozie, koozy, cosy, cozie, cozy and any other spelling you can imagine. They come in all manner of shapes, colors and sizes. Some have sports team logos on them. Some have beer brewery logos. Some have zippers. Some have buttons. The only thing we can say for sure is that we know a Koozie when we see one.